Drug trafficking in California carries hefty penalties.  Often times, sophisticated drug dealers know about these penalties.  That is why they hire individuals, sometimes referred to as drug mules, to transport the drugs for them.  In my experience many individuals arrested for illegally transporting controlled substances are wholly unaware of the years of their freedom they are placing in jeopardy.  The amount most drug mules are paid to take this risk is appallingly meager in light of the danger. 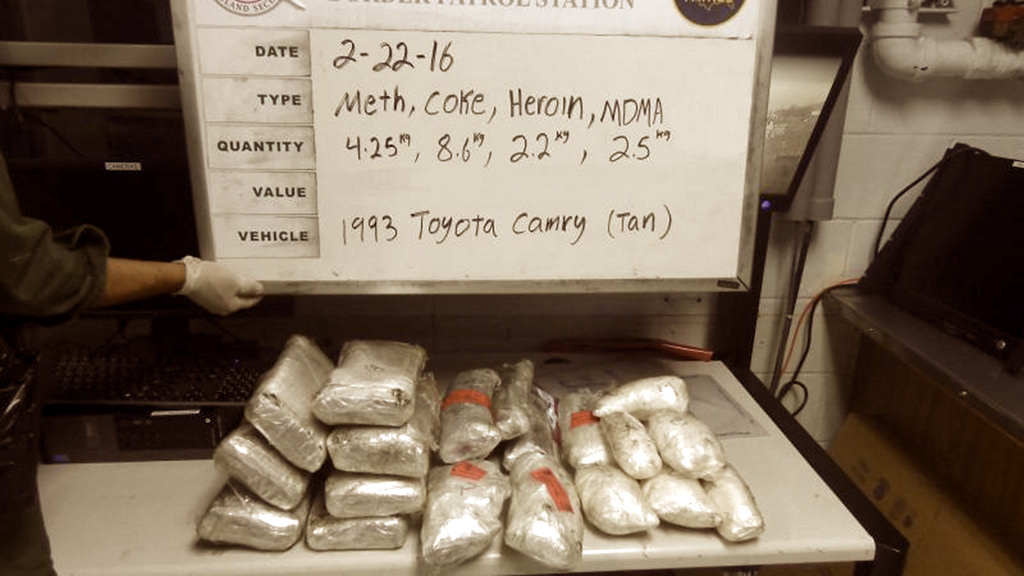 HOW MUCH JAIL TIME COULD YOU SERVE FOR TRANSPORTING DRUGS?

A person’s “exposure” (maximum amount of time he or she can be sentenced to serve in jail) for violations of Health and Safety Code section 11352 or section 11379 vary depending upon both the type of drug and the amount of drugs involved.  For example:

-If the conduct involves opioids such as heroin or codeine (or one of the many other drugs specified in the section) a person may be charged pursuant to section 11352 and therefore could go to jail for 3, 6 or 9 years.

-If the conduct involves methamphetamine (or one of the many other drugs specified in the section) a person may be charged pursuant to section 11379 and therefore could go to jail for 2, 3 or 4 years.

-If, however, the person is transporting the drugs from one county to another noncontiguous county (a county that does not share a border with the originating county) then that person is looking at 3, 6 or 9 years in jail.

Pursuant to the prison reform laws the jail time can be served in local jail rather than state prison.  While this means a person may be close to their family while serving their time, it also means they will be spending years in a facility designed to house people for very short periods of time.

The prosecutor and judge will consider the following factors to determine if the facts justify a significant increase in the amount of possible jail time a person could serve.

If you are caught with a large amount of some drugs, your exposure increases by a tremendous amount. Health and Safety Code section 11370.4 mandates severe increases in the amount of time a person must serve.

What is especially harsh about the exposure enhancements is that a judge has no ability to modify them.  The only thing a judge can do is either impose the sentence with the enhancement or strike the enhancements in their entirety.  The judge must find there is a compelling reason in the interests of justice to strike these enhancements. If a large amount of drugs is involved in a case it would be very unusual for a judge to strike a HS §11370.4 enhancement.

The shamefully unjust aspect of these enhancements to individuals acting as drug mules is that the individual may not have any idea how about the size of the load they are transporting.  It is not an element of the offense.

If a person has one or more prior felony convictions for trafficking offenses he or she may be facing an additional 3 years for each prior conviction.

WHAT DOES THE PROSECUTOR NEED TO PROVE TO CONVICT A PERSON OF DRUG TRAFFICKING?

In 2014 the Legislature amended Health and Safety Code sections 11352 and 11379 so that the law reflected its original intent: to prohibit and deter individuals transporting drugs that were intended to be sold.

“While current law makes it a felony for any person to import, distribute or transport drugs, the term “transportation” used in Health and Safety Code has been widely interpreted to apply to ANY type of movement—even walking down the street—and ANY amount of drugs, even if the evidence shows the drugs are for personal use and there is no evidence that the person is involved in drug trafficking. As a result, prosecutors are using this wide interpretation to prosecute individuals who are in possession of drugs for only personal use, and who are not in any way involved in a drug trafficking enterprise.’ ” (People v. Lopez (2016) 6 Cal.App.5th 494, citing Assem. Com. on Public Safety, Analysis of Assem. Bill No. 721 (2013-2014 Reg. Sess.) Apr. 16, 2013, p. 2, italics added.)

The prosecution must prove the following elements to convict someone of a violation of health and safety code section 11352 or 11379:

Selling means exchanging a controlled substance for money, services, or anything of value

Transporting means carried or moved from one location to another for sale, even if the distance was short.

Administers means applied directly to the body of another person by injection or by any other means, or causes the other person to inhale, ingest, or otherwise consume the substance.

Usable Amount means that there is enough to be used by someone as a controlled substance.  It just be more than traces or debris, but it does not have to be enough- in amount or strength- to affect the user.

Knowledge: the prosecution does not have to prove that the defendant knew which specific controlled substance was involved in this crime, only that he or she was aware of its character as a controlled substance. Thus, even if a person thinks they are transporting marijuana they can still be prosecuted for transporting a substance with more severe penalties such as methamphetamine or heroin.  The prosecution can even bring in a person’s prior convictions for possession to prove this element.

The person does not have to actually touch or hold the substance to be convicted of this crime.  It is enough if the person has control over it either personally or through another person.

Luckily, an experienced attorney like Jennifer Gerstenzang knows there are defenses to drug trafficking charges.  One defense strategy is to attack the validity of the stop, search, or seizure by filing a motion to suppress and asserting a person’s Fourth Amendment rights.  Another defense strategy involves examining whether or not the police unlawfully coerced a person to commit the offense and thereby entrapped him or her. Additionally, if the person does not have knowledge that they are transporting a controlled substance or that the transportation was for the purpose of selling the drugs, then the prosecution will not be able to establish the necessary elements of the charge.

This type of offense comes at a great cost to a person’s freedom.  The best thing a person can do after make a bad choice is to make a great choice and call an excellent criminal defense attorney like Jennifer Gerstenzang.  Call now to schedule your consultation.