We have all heard characters on TV being read their Miranda rights by the police. On television, suspects are read these rights by the officer just as the officer places the suspect’s hands behind their back and clicks the handcuffs into place. Because of this, many people understandably, yet mistakenly, believe that if the police officer did not read them the Miranda warnings at the time they are handcuffed, then the officers have violated their rights. People also may think that because of this violation, the entire case must be thrown out!

This article will clarify when an officer is, and is not, obligated to “read you your rights,” and what happens if they do not read them when they should. 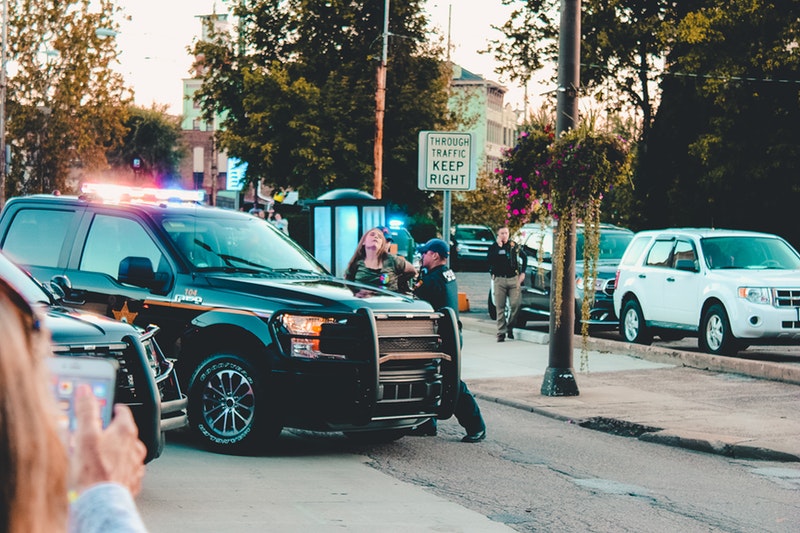 WHEN DOES AN OFFICER NEED TO READ YOU YOUR MIRANDA RIGHTS?

There are very specific circumstances that need to exist in order for an officer to be required to read a person their Miranda warnings. If these circumstances do not exist, there has been no violation.

What are these circumstances? Miranda warnings are required when an officer (or a person acting on the government’s behalf) conducts a custodial interrogation. Thus, there are three important aspects that, if all exist, will trigger the officer’s duty to read you the warning:

The questions must be asked by a police officer or someone acting on the behalf of law enforcement. In other words, if a private citizen (ex: a neighbor, a parent, or a significant other) places a person in custody and interrogates him or her without reading these rights, the private citizen has not infringed on your Miranda rights. (They may have, however, committed a crime if they unlawfully detained you!)

Custodial means in custody. This sounds pretty straight forward, but this element is probably the most debated and argued in court. In some instances, it is obvious if someone is in custody, such as when a person is handcuffed and in the back of a patrol car, or in a jail cell.

Other times, however, it is not so clear.  A person may be considered to be in custody even if he or she has not been formally arrested. The question to ask when determining whether or not a person is in custody is if a reasonable person in the same circumstances would feel free to leave and end the questioning. The individual facts and circumstances of each case must be carefully examined and evaluated to make this determination.

Furthermore, the interrogation must take place while the person is in custody. If a person, say, is in handcuffs in the back of the police car for some time, then taken out of the car, has the handcuffs removed, and is then interrogated, the questioning will not amount to a custodial interrogation.

A difficult thing in understanding the definition of “custodial” is that most people do not feel free to leave when talking to a police officer.  The standard is objective, not subjective.  This means that the judge evaluates only whether a “reasonable person” would have felt free to leave (objective) under the circumstances rather than if you, personally, felt free to leave in that moment (subjective).

An officer conducts an interrogation when he asks questions or takes other police actions that are reasonably likely to elicit an incriminating response. Again, this definition is not as straightforward as it may seem.  Factors a court may consider when deciding if the contact rose to the level of an interrogation are the length, place, and time of the interview, the police conduct, the nature of the questions, and other relevant circumstances. These are not always easy to apply.

For example, imagine an individual who is handcuffed and in the back of a patrol car on their way to jail.  While driving, the officer makes a comment about the weather or asks an unrelated conversational question. In response, the handcuffed person confesses to a crime! Though the person in handcuffs is clearly in custody and an officer is speaking to him or her, an interrogation has not taken place.

If all three of these factors- a police officer interrogating a person in custody- are not present, then there has been no violation by the police. There is substantial case law evaluating various situations in order to determine if Miranda warnings were required or not. These cases help attorneys craft their arguments and assist courts in determining if a statement was obtained lawfully or not.

WHAT EXACTLY ARE THE MIRANDA WARNINGS?

You may know these by heart thanks to your favorite crime drama on television!

While it is their common practice to do so, an officer is not required to obtain an express and obvious waiver of your Miranda rights before interrogating you. In other words, a person in custody does not need to say “I wish to answer the questions” or “I want to talk” in order for the questioning to begin and the statements to be admissible in court.

Instead, a waiver may be implied from the circumstances when, after a person has been advised of and states he or she understands their rights, the person freely submits to questioning. Thus, it is important that the person in custody be explicit about exercising their right to remain silent to prevent further questioning or the government arguing the waiver was implied.

IMPACT ON CASE WHEN YOU ARE NOT MIRANDIZED

What happens if an officer fails to read the Miranda warnings before a custodial interrogation? The remedy is not a full dismissal of the charges. Instead, the suspect’s statements will be excluded from the prosecution’s case.  Thus, when the prosecutor puts on their evidence during a trial, they are not allowed to use a defendant’s statements to prove the prosecutor’s case.

However, while the statements that violate Miranda may not be used in the prosecution’s case-in-chief, they may be used for impeachment as long as they were made voluntarily. This means that if the defendant takes the stand in his own defense, the prosecutor can challenge the credibility of the defendant by introducing his incriminating statements. Shockingly, in some cases the police intentionally choose not to read a person these warnings so that they can obtain the statements and a prosecutor can use them to impeach a defendant.

In summary, the police have to remind a person of their rights to remain silent and to be represented by an attorney only when they are conducting a custodial interrogation.  If the three factors are not present, then the non-mirandized statement is admissible in court.

The most important thing to remember, however, is that you always have the rights laid out in the Miranda warning, regardless of whether or not a police officer reminds you of them!